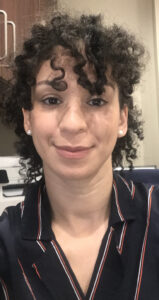 Viviana served as co-editor in chief for The Lit. She is a single mother of two born and raised in New York City. She’s a full-time Creative Writing major at LaGuardia Community College.  She’s a lover of languages and words.  She aspires to continue her education after La Guardia and major in Romance Languages, and eventually travel writing. Her hobbies include hiking and biking, and spending time with her children. 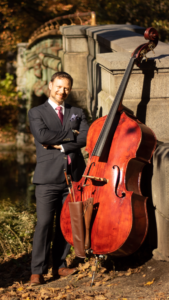 Elias served as co-editor in chief for The Lit. He is a four-time Grammy nominated jazz bassist who has been pursuing a Journalism major at LAGCC since March 2021.

Dr. Rodríguez served as the faculty mentor for The Lit. They are an associate professor of English at LaGuardia Community College.